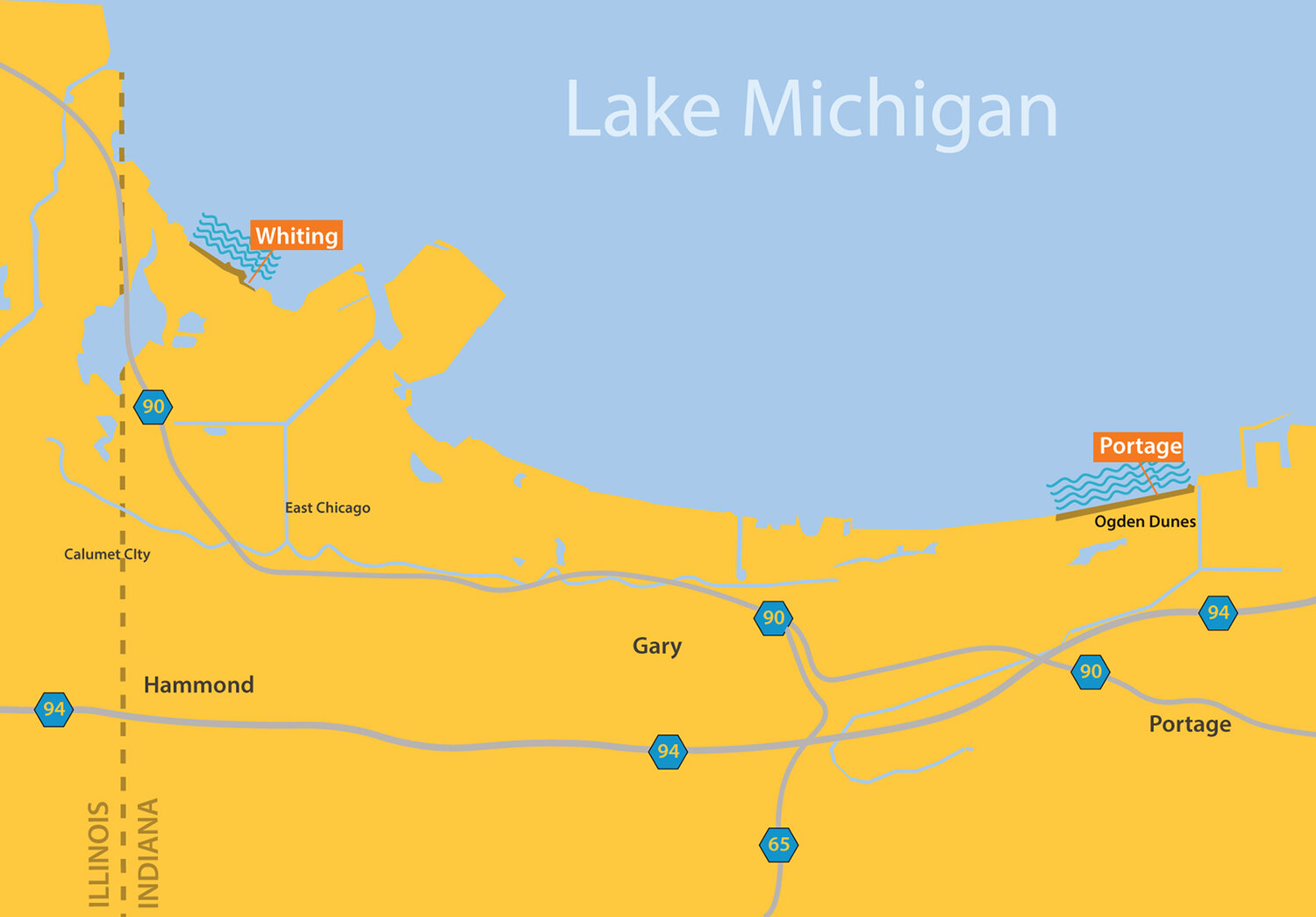 Our Legal Action Against US STEEL: Where It Stands Almost 3 Years Later

We hope you’re having a good 2020! As you may know, the Surfrider Foundation, represented here by the University of Chicago Abrams Environmental Law Clinic, has been involved in a lawsuit against steel manufacturer U.S. Steel for its continued violations of the Clean Water Act and pollution of Lake Michigan. The Abrams Environmental Law Clinic wanted to provide you with an update on how the litigation has been progressing and the current state of the case.

As some background, in April 2017 U.S. Steel Corporation discharged at least 346 pounds of hexavalent chromium into Lake Michigan. This massive spill led to serious concerns about human health and safety, the closure of the Indiana American Water public drinking water intake, and the closure of four public beaches (including what is now the Indiana Dunes National Park). This spill was not an isolated event, but rather a dramatic consequence of the persistent pattern of U.S. Steel’s disregard for the Clean Water Act. In total, U.S. Steel violated its Clean Water Act permit nearly 100 times between November 2013 and January 2018. In response to these continued violations, the Surfrider Foundation and the City of Chicago both sued U.S. Steel under the Clean Water Act’s ‘citizen suit’ provisions.

The federal government later brought its own enforcement action against U.S. Steel for the April 2017 spill, and both the Surfrider Foundation and City of Chicago successfully intervened and became parties to that lawsuit as well. On the very same day that they brought their legal complaint, the United States and State of Indiana proposed to settle with U.S. Steel, filing a proposed “consent decree” and opening that decree up for public comment. The government consent decree received thousands of negative comments from local residents and community groups (including the Surfrider Foundation).

In November 2019 the government tried again, asking the court to approve a “modified” proposed consent decree that it claims addresses the negative comments on the initial consent decree. Upon reading the “modified” proposed consent decree, we saw several fundamental problems with the settlement—problems that meant it didn’t meet the required minimum legal standard of adequately protecting the public interest. As a party to the government’s case, Surfrider had an opportunity to argue the insufficiency of the consent decree directly to the court, and we have done so by filing multiple briefs, expert statements and hundreds of pages of exhibits over the past three months. As we highlighted in our briefing, the “modified” proposed consent decree contains three fundamental flaws: (1) we can be sure that the required changes under the consent decree are insufficient because U.S. Steel has continued to violate the Clean Water Act despite claims that it is already complying with the settlement’s requirements; (2) the monetary penalty imposed is far too low in light of the strength of the case, U.S. Steel’s history of environmental violations, and severity of the violations; and (3) the inclusion of a new “environmentally beneficial project” and additional notice requirements are insufficient because they will not provide meaningful water quality information and do not require U.S. Steel to notify the public directly when it illegally pollutes the water. Ultimately, some settlement may be an appropriate end to this litigation, but such a settlement must actually correct U.S. Steel’s unceasing pattern of disregard for the Clean Water Act and for our shared National Park and Great Lake.

While we believe that these flaws are sufficient for the federal court to reject the “modified” proposed consent decree, we have also proposed that the court hold a hearing to examine the adequacy of the consent decree. As part of this hearing, we believe that the court should hear directly from impacted members of the public to better understand the degree of harm U.S. Steel’s pattern of pollution has caused. The questions of whether the consent decree is inadequate and whether the court will hold either a hearing on this issue are now pending before the judge. The next step in this process is for the court to make a ruling, and we look forward to updating everyone as the case pushes forward.

While the “modified” proposed consent decree is still fundamentally insufficient, Surfrider’s involvement has already generated important tangible results and moved the process in the right direction. Surfrider’s participation in this lawsuit, and the news coverage it has generated, has marshalled tremendous community support for the important issues related to protecting a clean Lake Michigan that everybody can enjoy. In addition, the “original” consent decree set a “floor” of what changes and penalties the United States and State of Indiana would demand of U.S. Steel, and we have already successfully begun moving the consent decree toward greater protections. For example, the latest proposed consent decree does require U.S. Steel to provide certain water quality monitoring and expands the notification process in the event of a spill from previous requirements. Surfrider has worked with an engineering expert whose input has created a 23-page report laying out all of the fundamental problems of the consent decree in detail.  Input from our expert has already moved the agencies to require improvements to various technical plans U.S. Steel is required to operate under, even if the agencies have not yet required U.S. Steel to do all that is necessary to prevent future violations.

The Abrams Environmental Law Clinic is excited to continue to work with the Surfrider Foundation on this issue, and looks forward to hearing from the court in the coming months. Surfrider has already played an important role in holding U.S. Steel and United States Government agencies accountable and in protecting our shared natural resources, but there is more work to be done. 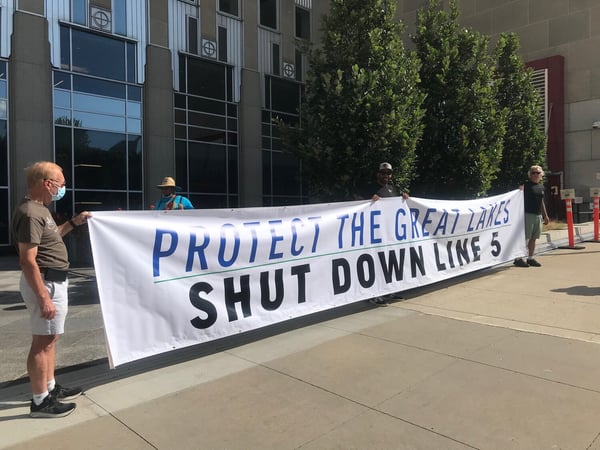 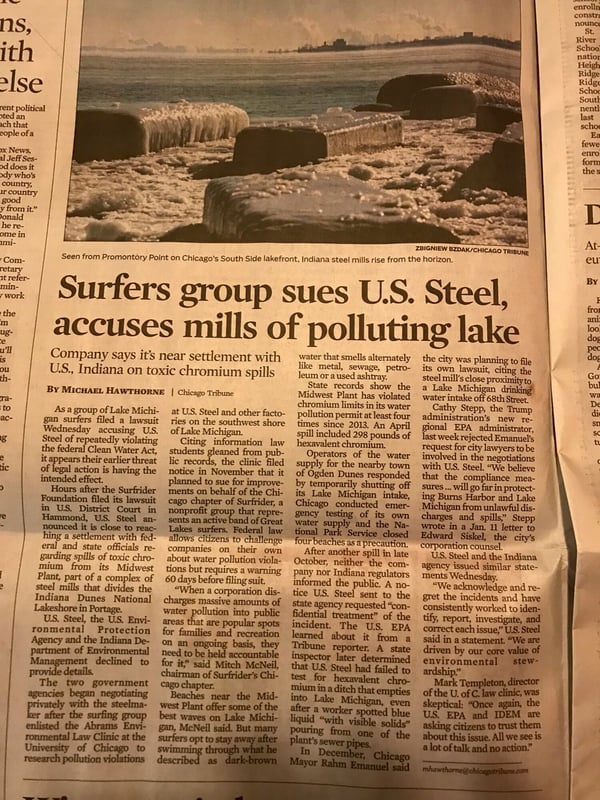