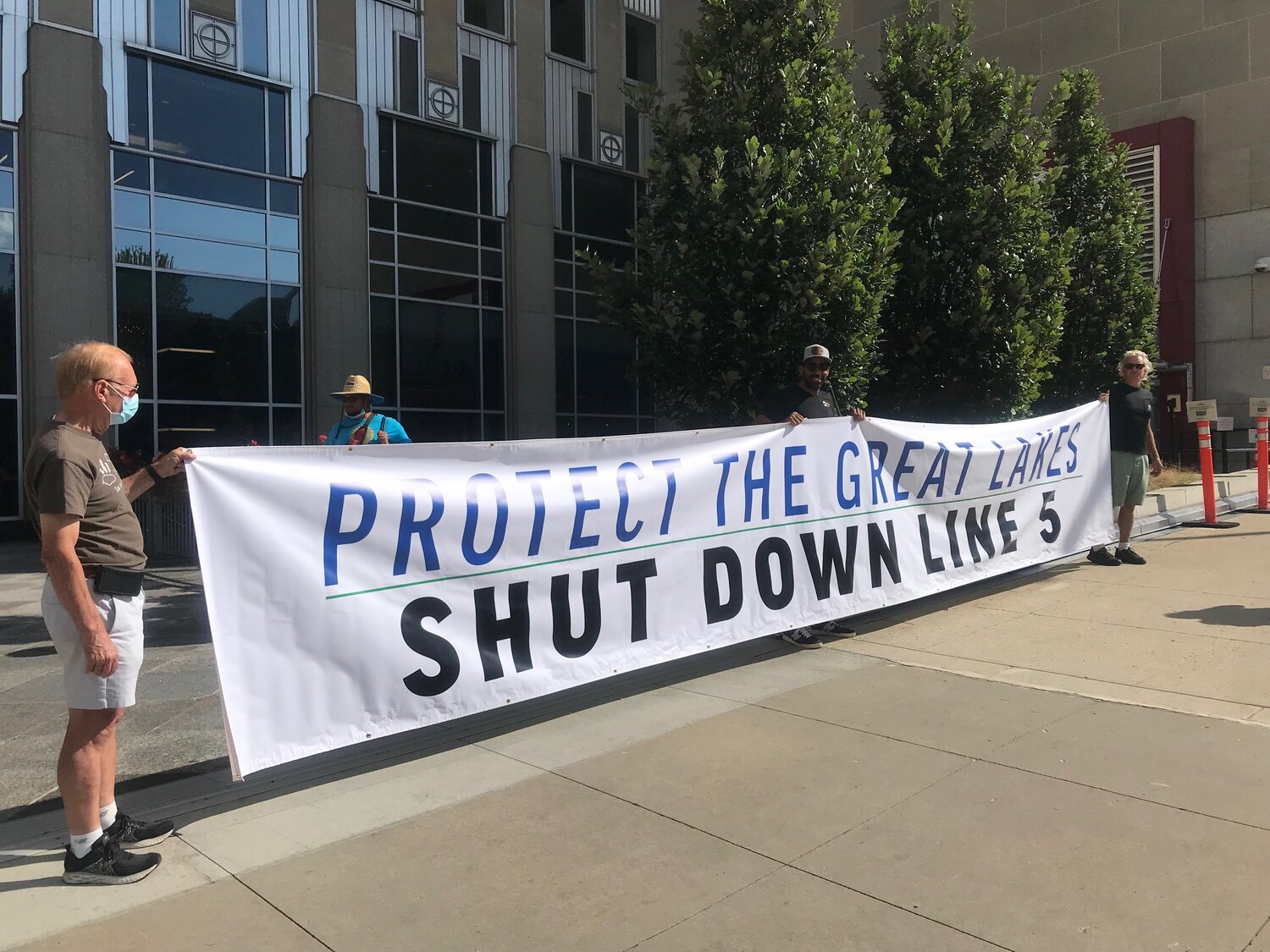 September 1, there was a concerted effort by multiple organizations united around the Enbridge Line 5 issue to let Canada know that there would be ongoing resistance to their plans for infinite oil flow through contested pipeline #5 (that sits on the bottom of L Michigan at the straits). Oil & Water Don’t Mix, Sierra Club, SOIL (Save Our Illinois Lands), FLOW (For The Love of Water), plus Surfrider Chicago took part.

The Chicago event took place outside the Canadian consulate, across the street from Millennium Park, and was live-streamed on various social media platforms, with a solid group of activist/volunteers in attendance, and some lively interactions with passers-by. Simultaneously, Detroit, Milwaukee, and Windsor OT were staging their own rallies, pushing the same message of SHUT HER DOWN - NOW!

As Prime Minister Trudeau and the Canadian gov’t stiffen their defense of the oil status quo, (23 million gallons a day) and the pipeline gets creakier and more battered, MI Gov Whitmer’s order to deny the easement that permits the pipeline is ignored by Enbridge. Some time soon, Biden slated to sit down with Trudeau. There are major forces that are pushing in opposite directions. Something must be resolved. 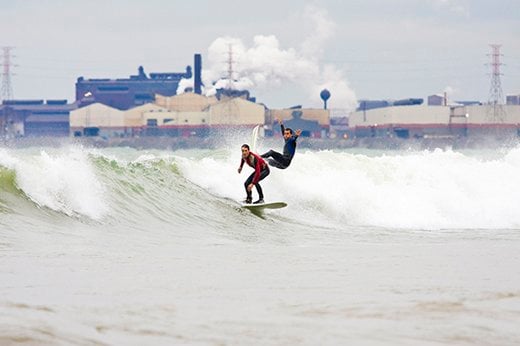